PUBG has given us a great Mobile game to spend our time. Young players and teenagers are very happy with PUBG Mobile. After its global release, PUBG Mobile has completed its 10th season until now, and there is no way that PUBG Mobile is going to stop now. They are giving, new skins, features, guns, and many more exciting things in each new season update. Now it is more like a Diwali for Indians. In every new season, most players from India buy Royal Pass to get cool in-game items. So, what is it going to be this time? What is PUBG Mobile Season 11 bringing this time? 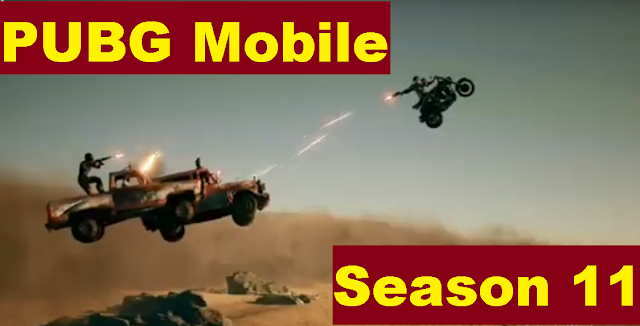 However, people are already so excited about the new update, skins, and legendary items that they are going to get in Season 11. Every time millions of players buy a royal pass to get cool skins and legendary items. So, what will we get this time in Brand New Season?

Erangel 2.0: PUBG Mobile will get the full version of Erangel 2.0 remastered in Season 11. According to several sources that are considered to be valid, Erangel 2.0 Remastered is coming on 16th December 2019. People are getting much news about this but The map will get its full version with season 11 in January 2020. It is not 100%  sure that they will give Erangel 2.0 on 16th December. If it comes in December then it will still be in beta mode. And if it doesn’t come in December then the update will arrive in January 2020.
Glasses on the Window: Have you ever played PUBG PC or PUBG PC Lite? Both the game is quite similar but a little different from the mobile version. But after this update, we will also see the glass window like PC versions in the Mobile version too. The window glasses are not available for all the houses but we will see the window glasses in squad houses only.
Safe Zone Border: The boundary line of Player’sUnknown Battle Ground is blue but let you know that there is a possibility that it will be in red after the season 11 update. 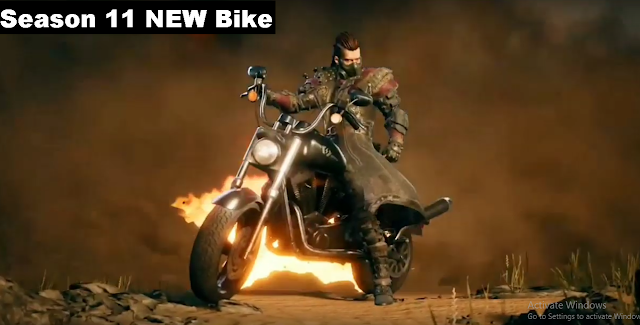 The big moment starts now. Yes, If we talk about new skins then, PUBG Mobile season 11 is coming with a very satisfying Bike skin. Many people like Cruiser Bikes and PUBG Mobile is giving an amazing Cruiser Bike in the Upcoming update of season 11. I believe that you have seen the video of players fighting in Miramar and one of them is on an amazing Cruiser Bike. I have shown you a photo above, you can see. There is a big possibility that this bike will be available for Royal Pass only or else we will see this in premium crates in PUBG Mobile Season 11 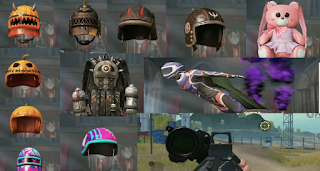 Helmets: Once again, as you can see, I have included all the photos of Helmets that are coming with Season 11. All of these Helmets are looking pretty cool but I have no idea about how we can get them in the coming season.
New Effect: Also, we will be able to see a new effect while dropping from a plane that will be only available for Royal Pass holders. 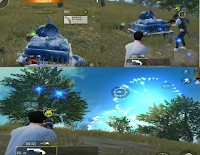 Winner Winner Chicken Dinner Celebration: Another big change in PUBG Mobile can be seen in the upcoming update. According to the Chinese version, we will get a unique crate after every chicken dinner we get. The crate will be there to provide us a new gun that can be used for firing crackers for celebration. Each one of the squad will be the unique golden color gun and they will be able to shoot crackers in the Sky.
Double Scope: Many of us have seen the feature of Double scope in PUBG Mobile. This update is expected to come with this next season. We will be able to attach a red dot sight and a different scope in a single gun and both can be used at the same time. Also, there will be a different button to change the quick scope mode while you are using a scope already.
Final words: There are almost 2 months left to come season 11 and these updates are not rumored. People have been watching these features in beta modes for quite a long time. So, this time in Season 11, these features and skins are very much expected to come. PUBG Mobile has been proving us with many amazing updates and features every season. Recently we got Payload mode with lots of cool stuff and players are already bored to see some new stuff in PUBG Mobile.

So, which one of them excite you the most? Don’t forget to comment down, Subscribe to this webpage to get updates from PUBG Mobile.