Are you a PUBG Lover? Worry not because PUBG has everything covered for you. From PC version to small lite version for low category mobile phones. Yes, As we all know that Tencent Games has officially launched the PUBG Mobile Lite months ago. However, it was not available in India but now it is. And guess what? More than 50 Million people already have downloaded this game from the play store. So, as it seems, PUBG Mobile Lite should not be neglected in the Mobile gaming world.
Today, PUBG Mobile Lite lovers will be here to know that the game got its new update. Yes, PUBG Mobile Lite 0.15.0 update is live, and you can play the new TDM modes, use the new weapons, or make new clans with your teammates exactly like The Official PUBG Mobile. 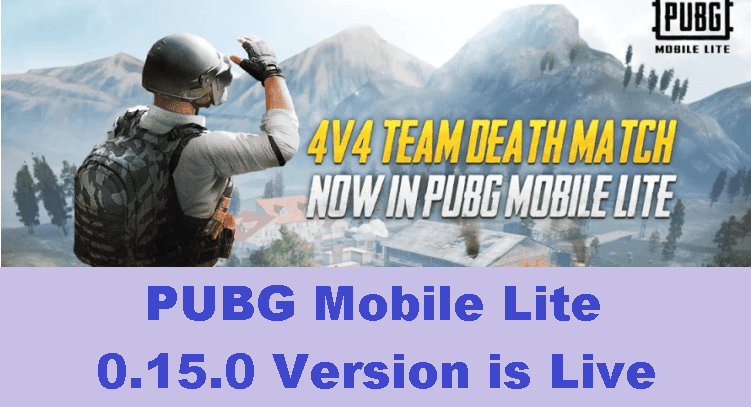 Excited? Today in this article I will be telling about the all-new things that have arrived recently on a 0.15.0 update. If you haven’t tried the lite version of PUBG Mobile yet than you can download it by directly going on this LINK. Or if you want to play this game on your PC then just read this article to learn the whole procedure.

PUBG Mobile Lite: As it seems it is the Lite version of the Official Player Unknown’s Battle Ground Mobile. Tencent Games launched this lite version for the low spec mobile phones on July 25, 2019. The game has some different like, it puts 60 players in one game. Also, it has a poor quality of graphics too. Currently PUBG Mobile Lite is available in select countries which are South and South East Asia, South America, the Middle East, & Africa; PUBG MOBILE LITE will soon be available almost everywhere.

Let you all know that PUBG Mobile Lite 0.15.0 version update has arrived on 18th December 2019. It was notified by the official twitter handle of PUBG Mobile Lite. And now, PUBG Mobile Lite will never be the same again. Tencent Games has brought the amazing 4V4 TDM(Team Deathmatch) Mode into the game with some other new things which are-

Update 0.15.0 is here for PUBG MOBILE LITE, including Team Deathmatch, new guns, Clans, and more! Check it out today! pic.twitter.com/xSTQeNJtLA 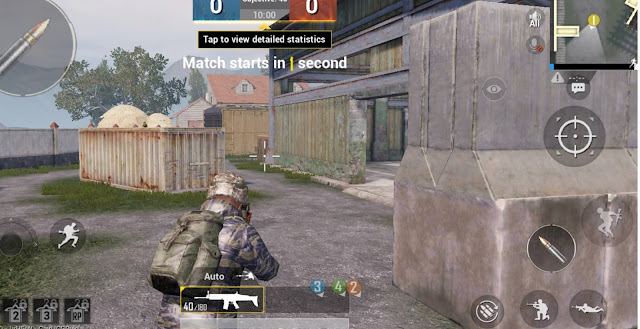 The 4v4 TDM Mode is now also available on PUBG Mobile Lite. This mode is also called the Team Deathmatch mode. There will be two teams fighting with each other, and each team will have 4 members. The fill is in a new map called Wearhouse. The first team scores 40 kills will be the winner. A player will respawn with the gun and attachment after he dies. The guns and ammo will be there in the respawn point. Also, players will find rare items such as level 3 armor, Level 3 vest, Awm, M249 on some places on the map.

Also, some new weapons and attachments have been introduced in the game. Such as the Mk47 Rifle and Skorpion Pistol. The MK47Rifle is quite infamous in PUBG Mobile. It is now available in the lite version too. The Rifle is not fully automatic. It has single shot and burst mode. The MK47 mutant uses a 7.62mm bullet, and it can be equipped with flash hider, angle grips, verticle grips, and extended mags.

Skorpion Pistol one hell of a good pistol that has introduced too. It uses a 9 mm bullet with 20 bullets in each round. This gun is really good will all attachments. It has almost zero recoils and has a great advantage in a short-range battle.

Another nice thing is, 3X and 6X scope is now available to use in all maps.

A new feature is also been added to check the real-time status of teammates even during a game. Players will be able to check the rank system and other intel of their teammates.
Many players have been requesting for this. Players had a hard time locating the enemies due to the poor graphics of PUBG Mobile Lite but not anymore. They have introduced an amazing feature that will solve your problems of detecting enemies. Yes, Players will now be able to see a mark of the enemy if their teammate hits them.
As is already mentioned about the clan system, we can communicate with our clan members from the game. Also there some new MVP winner moves have been added in this update.
Apart from all of this, the winter season is here. PUBG Mobile Lite also changed its theme and improved graphics a little bit more. You will attractive snow theme with a lot of gifts, winter festival features in this 0.15.0 version along with some new legendary items and advertisements.
Final Words: PUBG Mobile Lite lovers are quite excited because of this update. Especially for the TDM mode and the new Scorpion gun. If you haven’t tried PUBG Mobile Lite yet, you are missing it for sure. Also, let you know that, if you face some hard time to get some Winner Winner Chicken Dinner in PUBG Mobile because of those pro players then you can try this lite version. You will be able to win in a much easier way and the good thing is it doesn’t lag too. Happy Gaming!!
I hope you like this, If you are happy with this information then don’t forget to click on one of my advertisements showing above. Thanks a lot!!!