Skip to content
PUBG Mobile Corp along with Tencent Games trying hard to give their player the best gaming environment ever. Somedays ago PUBG Mobile banned a lot of players who used to hack in the game. Also, they gave many amazing updates like Payload mode along with the new season, amazing guns, skins, and features. But they are not stopping at all. PUBG Mobile is now up to another amazing feature, especially for color blind people.
Of course, among the 600 million players around the world, many such people cant play PUBG mobile because of their color blindness, and PUBG Mobile is working on it. According to the sources, we will get a new feature of colorblind mode in PUBG Mobile soon. 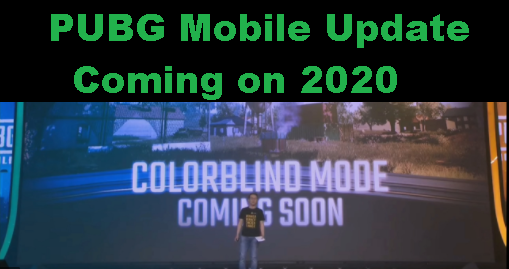 When Colorblind Mode will Arrive in PUBG Mobile?

Most probably the colorblind mode will arrive in January 2020. However, This arrival date is not confirmed yet. PUBG Mobile shared a post on twitter saying that PUBG Mobile is for everyone, and we are working to make it more accessible for you! Coming soon, new options to improve visibility for all players. You can see it clearly on the image they have posted. They made this official statement for upcoming colorblind mode on Dec 4, 2019, on twitter. Also, the director of PUBG Mobile mentioned about this feature on the PMCO 2019 Fall Split.

PUBG MOBILE is for everyone, and we’re working on making it more accessible for you! Coming soon, new options to improve visibility for all players. pic.twitter.com/4QBol1hvvz

For now, we can just get an idea of how it will work According to the various ideas, it is going to be quite simple. The idea of colorblind mode is only for visibility enhancement. This mode will be like the night mode that we use on our mobile phones. See the blue colored screen? Maybe there will be a button or something to turn this mode on or off.
Final Words: Tencent Games has never left any opportunities to make their game great. As per the worldwide sensation of PUBG Mobile, Tencent games promises to give their full effort to make their happy players satisfied, and now they are going for Colourblind people.

I hope you are excited about this. If you have any query please comment down below!!!
Also Read: Erangel 2.0: The Untold Story of Freedom and Captivity| PUBG