Skip to content
Erangel 2.0 is going viral on the Internet. PUBG fans already know that this is a second version map of Erangel which is already out in the PC version, but there is a huge misconception going on among all the Mobile players of PUBG about this map. Everyone is thinking that we are going to get this new Map very soon. So, today in this article, I am going to reveal the truth of its release date and its next update. 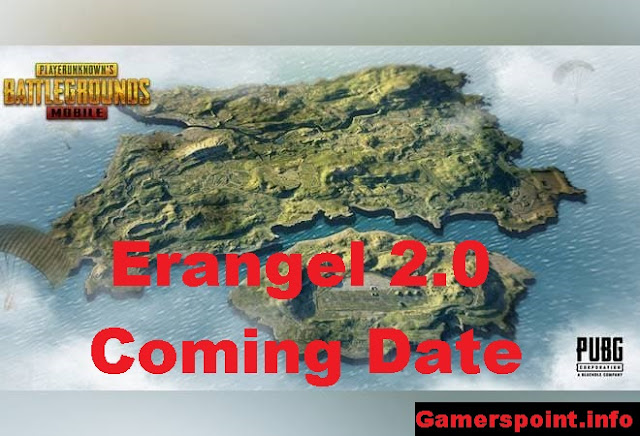 PUBG has recently introduced a better version of the Erangel map for the game. As we all know, we have been playing the Erangel map since the beginning. Most of the players liked this map. But recently PUBG has made some changes in the map called and now it is called Erangel 2.0 Remastered.
Yes, this map has some of the most amazing differences from the old one but if you ask me, I would say this map sucks. Unlike the first Erangel, Erangel 2.0 is full of vegetation like grass, trees, bushes, etc. It almost like Sanhok. We can name it The Second Sanhok. Now, of course, many players don’t like Sanhok because of Campers. Because of the tall grass and so many bushes and trees, it is very easy to camp and kills people without even taking a fight. And players love Erangel because it is good for both sniping and combat fighting.
Some of the major changes in Erangel 2.0 are, Mylta Power, Squad House with basement, really old looking house, grass crawling on the walls, old looking towers, full of tall grass, and bushes. Yes, You will get to see the basement in squad houses in Erangel 2.0 which is kind of an interesting thing.

The official release date of Erangel 2.0 is not declared. Yes, this is the sad reality. Now, this is enough, why people even searching for Erangel 2.0. Because of these searches, those stupid news channels are spamming the Internet with wrong News. Some of them are saying that it is coming in November. Also, some of them are claiming it to be in December. But let’s check what is the reality here.
As you all know that the updates for Player’sUnknown Battle Ground comes first to the PC version and then their Chinese version. After that, the global version gets all those new things that are already old. Can’t you guys see, that PUBG recently has given so many updates? Why would they give such a big update so soon?
Also, Erangel 2.0 is not even complete yet. The map is getting tested on the Beta version. After getting finished, it will come to the PC version first and then the Chinese version will get the update and we will be the last one to get the Erangel 2.0.
They are just spreading rumors to get views on their page, but the sad reality is we will not get the update of Erangel 2.0 this year. Maybe they will give the update in the first of 2020.

PUBG Map Ernagel 2.0 on Next Update

Of course, we do know one thing that Erangel 2.0 will come on the next update which is 0.16.0. Maybe it is possible that we get the update this Christmas but then what will happen to the Christmas update.
As Tencent or PUBG Mobile hasn’t updated any news about Erangel 2.0 yet but if you ask me then it is quite possible to get that update after the update of this Christmas. First, we will get the Christmas update, and then when it will expire, I think they may give us the Erangel 2.0 as a beta version. Still, we will surely know about that because Erangel 2.0 will first come to the Chinese version.
Conclusion: Erangel 2.0 is going to be a blast. It was said that the map has a whole different story which is so dramatic. The map was made on the base of a true war story. Players will enjoy the new version but first, we have to wait patiently.
So, until then stay tuned and enjoy the Payload mode and the other new updates in PUBG Mobile.