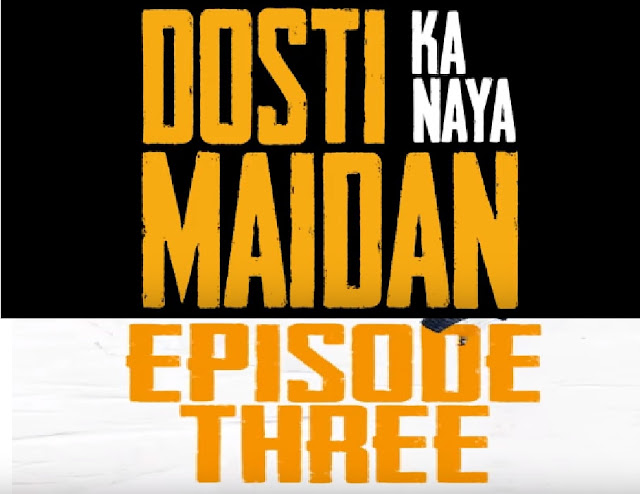 PUBG Mobile web series Dosti Ka Naya Maidan Episode 3 is all set to release on 24th January. PUBG Mobile has released the trailer already. Everyone is getting very excited for this episode 3 because of it’s star cast. Some of the most famous people are going to appear in this upcoming episode. After all of that reaction, Episode 3 is going to be great.

DKNM episode 3 star cast Ahsaas, Shreya, Khushbu, are 3 three friends live together in a flat. But, the owner needs 4 people in that flat. And that is where the Rashmi joins them.

Rashmi is a very good and kind girl to everyone and overall she is also a PUBG Mobile player like the 3 others.

The 4 PUBG lovers become close to each other and help each other to solve their problems. They share each other’s problems and affairs.

It is a great story like the last two. It is unique and emotional and fun to watch. It shows how a mobile game can bring people together. You can watch Dosti Ka Naya Maidan Episode 3 Trailer here.
Final Words: Million of us enjoyed the first and the second episode of Dosti Ka Naya Maidan already. The release date of the 3rd episode is near. It will bring a new PUBG Mobile adventure with new friends. So, are ready?

Thanks for your support. Have a good day!!!