PUBG Mobile is not just a game, it is an emotion for millions of people around the world. Recently, PUBG Mobile released a Web Series especially for players who are from India. This Web Series called Dosti Ka Naya Maidan(DKNM) is a Hindi language web series, and trust me the first episode was so amazing. The first episode of Dosti Ka Naya Maidan was released on 23 Dec.  In case you haven’t watched it yet- 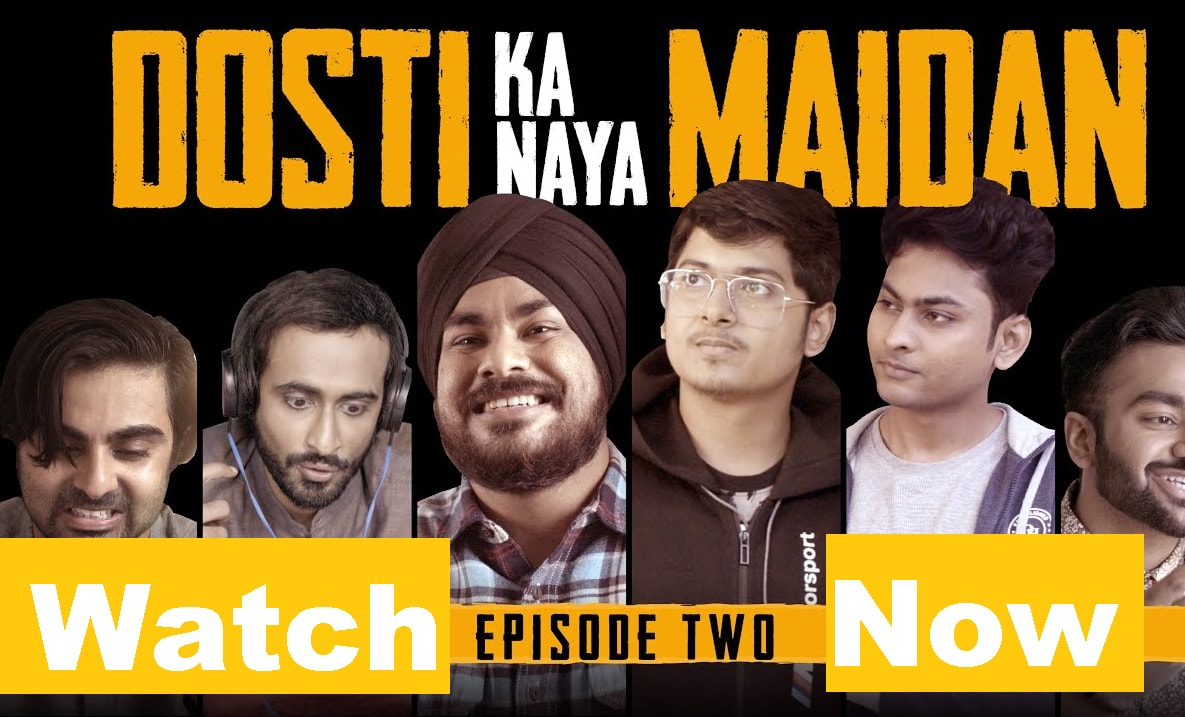 The good news is, PUBG Mobile has already released the 2nd episode of this Web Series yesterday, and you can watch it for free. Yes, the official Twitter handle of PUBG Mobile India posted on their twitter post by saying that Presenting the trailer of Episode 02 of Dosti Ka Naya Maidan! Episode releases 10th Jan on PUBG MOBILE India Official YouTube channel!

I hope you love the trailer and don’t miss the viewing party!

Hope you love the trailer and don’t miss the viewing party! pic.twitter.com/RpzqTfUlps

Dynamo and MortaL: Let all fans know that their gaming super starts MortaL and Dynamo both are in this second episode. They are in a small part of the video but they did it very well. It is quite cool and the episode features them as the gaming gurus of PUBG Mobile. Hope you all enjoy it!!!

Yes, PUBG Mobile has released the 2nd episode of Dosti Ka Naya Maidan(DKNM) Episode 2 on 10th January 2020. The full episode was uploaded on the official YouTube channel of PUBG Mobile India. The full video of the web series has already got more than 1 Million views in one day. You can watch the episode directly from the channel or you can watch it here.

Dosti Ka Naya Maidan Episode 2: This 2nd episode is completely different from the previous one. In this episode, a team of 4 friends, play PUBG Mobile but their parents never support them. This episode also has MortaL and Dynamo in it. These two stars also did well in this episode. Indian players love them so very much so they will definitely watch the series for them. Let you all know that this 2nd episode has already got 1.1 million views on YouTube.

I hope you like this article, please share with your friends to let them know too. Thanks for your support!!!