PUBG Mobile 0.17.0 update has been confirmed. As we all know that whatever comes to the beta will come to the global version. Good news to all that PUBG Mobile has finally released the Beta version of 0.17.0 which confirms all new updates and features of the upcoming 0.17.0 global version soon. Today we will reveal all the major update details that have come to PUBG Moile 0.17.0 Beta version. 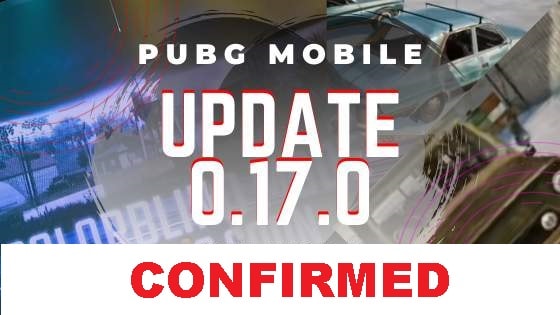 Also Read: How to Get Frozen Eggs to build Snow Sculpture in PUBG Mobile

Yes, PUBG Mobile confirms with the beta release that version 0.17.0 will bring, Winter mode(extreme cold mode), New shotgun called DBS, New Darcia and UAZ model, Death Cam, Colour Blind Mode, Changes in Erangel Map with the update. The game has just added an update with all new season 11 royale pass and they are again ready with another one which is PUBG Mobile version 0.17.0. Tencent has just released the official Beta version of the upcoming update to taste its servers. After trying out all the things in this beta PUBG mobile, we have confirmed all the new features and sessions that will soon arrive on the global version.
These are the following Major Updates and features:
See also  PUBG Mobile 0.16.5: New Domination Mode Details| How to play

Let you all know that there is a new matchmaking lobby that has been introduced in the game. As you can see, the system has been divided into different parts which are Classic, Arcade, Arena, and Paylab. You can find all the training matches in the Arena section.

The whole Internet was waiting for this mode. Previously this mode gone viral from the Chinese version which is called Extreme Cold mode and people were expecting this mode to come in global version too. So, here it is. The mode called Winter Mode has arrived on the beta version as you can see. You will be able to hunt deer and chicken and survive an extremely cold storm in the 0.17.0 update soon.
Also read: Extreme Cold Mode to come in PUBG Mobile 0.16.5 update?

Recently a new shotgun was quite on the news. Yes, I am talking about the new DBS shot is now finally available in PUBG Mobile global version. It is in the 0.17.0 beta. The gun looks very cool and works very well too. I can not wait to see it in the official version. The DBS shotgun has high damage and it is really quick. The is designed to take damage in a short-range. It’s best to damage point is in 100m.

Micro Uzi is no more. Yes, with this 0.17.0 update PUBG Mobile has finally brought a new Uzi that can be equipped with scopes. No joke, I am telling the truth. After this update, players will be able to attach, red dot, holographic, 2x, 3x on the Uzi called Uzi Pro.

In the last of 2019, PUBG Mobile talked about this Color Blind Mode. The mode is finally here. People with color blind problems won’t be having any problems with red zones or Blue Zones. Many people made complain that they can’t see the blue zone coming because of their disability. So, PUBG Mobile has finally solved it for us.

The coolest thing ever in PUBG Mobile. Death Cam will be a game-changing feature in PUBG Mobile. As we all know that PUBG Mobile has lots of players competing for each other every day. So, players who are really focused on playing PUBG Mobile can use this Death Cam to learn from their mistakes. The Death Cam feature is now in the 0.17.0 Beta version and it will be in the global version very soon.

Many are expecting that Erangel 2.0 has arrived in PUBG Mobile but it is not true. PUBG Mobile made only 2 or 3 changes in Classic Erangel Map. As you can see, The chimneys are broken now in the Malta Power area. And also the Watchtower of Military Base kind of look like Erangel 2.0. However, they only made these changes in the Major places of the Erangel map.

PUBG Mobile is going to change its official cars. Yes, New UAZ and Darcia have arrived with a completely different look. This new design almost looks like the PC version’s design, and it looks cool too. How do you like it?

Also, a new interesting thing has been introduced in the classic Erangel map. The snow cover mountains will be removed and instead of that players are going to experience a new mini Game Station. As you can see, this Mela like structure is full of fun. It can launch you to the sky and you can glide in the air. Isn’t it fun? This is actually a game station and you can play mini-games here. But you will need tokens for every game. Where to find Tokens? Loot around and you will a lot of tokens.

In this 0.17.0 version, players will also see some game consoles in the random areas of classic maps. These machines are actually game consoles where players can play mini-games and collect rewards. These games are very short and each game needs a special ticket to play. Collect those tickets while looting around and use them if you a game machine. Players can also visit the Game Station are for loots.

Also, I have seen some special loot crate that has some really good loot in it. If you also want to try these all-new things before everyone then Download PUBG mobile 0.17.0 Beta now.!!!

Final Words: Upcoming PUBG Mobile 0.17.0 update is lit. The update will remove temporary stuff from the Winterfestival update and add other cool things like Mini playground, winter mode, new guns, etc. If you want to try all these new features then download the 0.17.0 Beta version now.

I hope you like this article, and thanks for your support!!!