After the ban of PUBG mobile in China, many rumors came about banning PUBG in India too. However, that didn’t happen. But, today at least we will know about what our Prime Minister Narendra Modi thinks about PUBG Mobile. In a recent press conference, PM Narendra Modi was asked questions about the viral PUBG Mobile game. Here what he speaks on PUBG Mobile.

What Prime Minister Narendra Modi has to say about PUBG Mobile?

Player’s Unknown Battle Ground is a PC game. It became a mobile official when Tencent launched it. The game instantly became so much viral in India. The huge number of smartphone users in India started to play this game on their phone and the majority of them are teenagers. So it became a threat to the children and to their future. Even Gujarat faced some overwhelming problem. So, they banned PUBG mobile for being played in the Schools. But after the rumor of banning PUBG Mobile in India, everyone must be curious to know, what our Prime Minister Narendra Modi thinks about PUBG mobile? Well, finally you will know.

Recently on Tuesday, during the session of “Pariksha Pe Charcha”, our Prime Minister was asked by a woman. The women said that her son is spending too much time on online games and it seems his average performances are decreasing because of these games and she also asked for some solution to this problem. Modi Ji says, “Ye PUBG Wala Hai Kya”. Then he got serious and said that these are technologies which have both the good and bad sides.

If we keep our children away from these things then our country would be like one step back towards these technologies which are not so good for us. Technologies are blessings for us and also a curse. So, parents should be responsible for this. They must keep their children in control of these things. They should encourage their children not only for the games but also for the other apps and software so that they can have many other choices to explore the world and learn fruitful things. 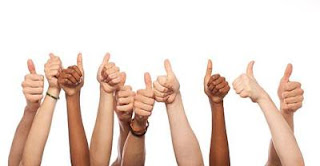 Though many people think that PUBG is not good for teenagers but there are many people who are getting a chance to become famous through various kinds of things like game streaming, youtube videos, etc. Also, India is now one step ahead because there were no gaming communities in India but now India has the first-ever mobile gaming community and it sounds really good.
I hope you liked this article. Subscribe to us for more.

Also Read: Where to find M24 Rifle and 8x Scope in Erangel