Skip to content
Not only android but also apple is getting a pretty good response because of some mobile games of this new Era. People these days are very much interested in games like Mobile Legends: Bang Bang. There were several tournaments of this mobile game before. But for the first time, a mini-tournament was held at the Apple App store event. 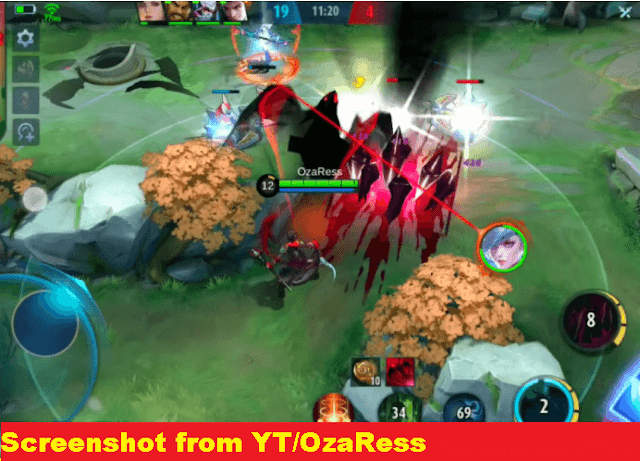 A tournament of Mobile Legends Bang Bang game was being held at the Apple App store as a part of their series. It was just a mini-tournament for observation and study purposes.
on 23rd Dec an event was going on to study all the featured apps and games. During the session, they have reviewed the major skill-developing apps and games over photography, videography, coding, art, and design.
Over the event, the Mobile Legends Bang Bang mini-tournament went pretty good too. Several teams took part and shared their knowledge of skills during the game.
After several periods of the session, the tournament session observed many features and developments with the game developer Moonton. They also have shown their interest in the skills and strategies with the famous Mobile Legends: Bang Bang team Evos.

About the Mini Tournament

The tournament was not that big. So, there were no specific teams there to perform. However, with the EVOS Esports SG and the other attendees. they decided to team up and compete among them.
The tournament went well and the winning team won some gifts too. After the match ended, there many interesting talks were going on too.

It was a great experience being able to talk and share about esports Today at Apple in Singapore. Apple created a great platform in bringing people together with the session and we are looking forward to the next one.
By-EVOS Esports SG Team

We are excited to be part of this amazing Today at Apple event. We shared and discussed our game design concepts and innovations with gamers, and we hope the attendees gained valuable insights and inspirations! The Esports match between EVOS and the audience was lots of fun. Overall it was a special and well-received event that really gave us a chance to connect with the community in Singapore.By- Lucas Mao, Director of Operations at Shanghai Moonton Technology

As Moonton said that they have 500,000 active players of Mobile Legends: Bang Bang thorough out Singapore. Perhaps, it is not so surprising to see apple showing their interest in games. Who knows, they may be soon going to show up with a big tournament event for Mobile Legends: Bang Bang.
Stay connected to find more upcoming information, and share it with your friends too.
Tho, many tournaments happened before but it is the first we can see the Apple Showing interests on such mobile games.
Also Read: How to Get a Free Pink Piglet Outfit in PUBG Mobile