Skip to content
Mobile Legend Bang Bang is now one of the most popular mobile games in the world. The game is almost giving a head to head challenge to every other Mobile game. Millions of players play this game and also they want to learn. Today in this article, I am going to talk about a super-strong Hero called Lunox. Lunox is quite popular among the players because of his incredible skills, speed, and spells. In this article, I am going to reveal every secret, spells, skills, ability, build, combos, counters, and many more details. 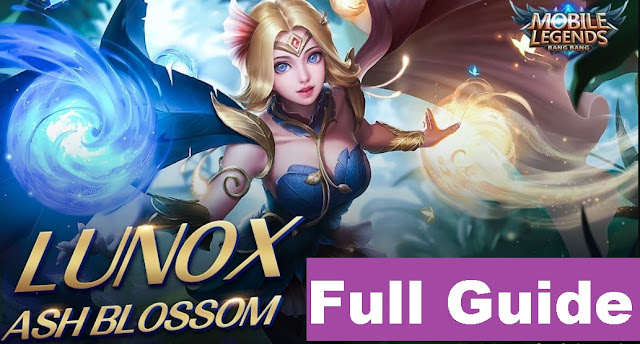 Today we are going to learn these followings:

Lunox is a famous hero in Mobile Legends Bang Bang. It’s the high ability and skills make him one of the best players for the game. Lunox has the highest ability effects on other enemies. With 240 movement speed, she is also a faster one. The physical ability of Lunox kinda weak but his durability is quite good. If you are a Lunox lover then you might want to learn the best possible battle strategy for Lunox.

2. Build Recommendation:
For Lunox Build, it actually depends on what kind of enemies you are getting in your match. If you are facing Buff then use Burst ones and if there are Assasins in your team, then they are going to need a buff. So, in that case, use these following Build-
3. Spell Recommendation: You must have the Flicker if you are using Lunox in your battle. It will help you to escape from a fight in a crucial moment.
4. Skill Explanation: Lunox skill abilities are very good and you will have to understand it well to use them as an expert.
See also  Mobile Legends to bring a Brand New Gill-Girl Skin for Karrie | MLBB

With this skill, Lunox summons a rain of starlight to nearby enemies and deals magic damage. After giving damage, the starlight returns to Lunox and recovers his HP too. Recovering HP gets doubled while dealing damage to enemy heroes.

The passive effect gains one stack of Twilight. This skill is like Rafaela’s skill that hits all the enemies around them but Lunox gets HP from them too. It can also be used to increase Lunox Twilight Stack.

Lunox unleashes the chaotic energy forward, dealing magic damage and slow an enemy unit. If the skill is used after chaos alt, then this skills CD immediately refreshes. When attacking enemy units, this skill can give an additional 3% damage of their total HP in magic damage. 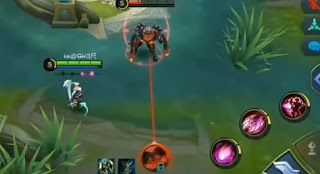 Passive Effect- gain one stack of twilight. She also does a basic attack with her 2nd skill and that is why Calamity reaper suits her. She can also use a laser beam to her enemies. If she uses chaos alt, it’s CD refreshes immediately for 4 seconds.

Lunox also can use fusion energy to deal magic damage to her enemies. This attack can target multiple enemies standing on their way. Lunox’s cosmic fusion has a really long range and it also causes a slow effect. 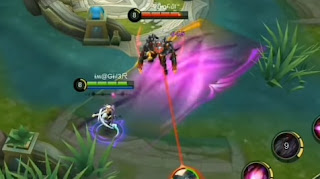 And this skill has good damage with less CD. We recommend to use this skill to slow down your enemy and use the (alt+2nd) skill to deal max damage.

5. Passive Explanation: CD equipment doesn’t have any effects on Lunox. Not even buff or emblem. When she is in the dark form, the CD is converted into magic penetration. When she is in brilliance form, her armor and magic res increases. It is not necessary to use any penetration or defensive items but just CD reduction items are good.
6. Role Explanation: Since Lunox is a mage, she wouldn’t rome alone because enemies will target her. Even though she has a flicker to escape, it is hard to escape from 2 or 3 enemies. She can’t go alone for farming because the jungle monsters are strong too. Always try to ignore direct damage. Let your tank take the damages and you take the buffs. And if you have 2 assassins in the team then let them take the buff. Lunox will be better if she helps them only. And that is how you should farm.
7. Combos: When it is about a Mobile Legends battle, combos are very important. You can not win if you don’t know about the combos. Lunox has her special combos are mentioned below-
Brilliance Alt- 3rd skill-2nd skill-2nd skill-dark alt-2nd skill(keep tapping)
8. How to Gank?: She has a long-range attack which is cosmic fusion. It has pretty good damage. For a mage it is better to stay behind and deal with damage to the enemies.

1st skill can be used to survive a little longer or you can escape too.

9. Counters:  heroes with Burst damage can counter her only after when she was used brillance alt. Heroes like Saber, Helcurt, Maris, Lancelot, etc.

10. Best Heroes to pair with Lunox

Heros wit stunt(CC) will go really well with Lunox as they can slow down the enemies from running. I will suggest Tank or Semi Tank Heros with her like- Chou, Jawhead, Martis, Lolita, etc. They can not only prevent enemies from escaping but also they can help Lunox to escape from the enemies.

Final Words: Mobile Legends’ Lunox is a very strong hero. She can pull up every situation if you know how to fight with her. Check all these tips and recomendations to become a pro with Lunox. Also, you can guide your friends and carry them on the MLBB battlefield.

I hope this will help you, and thanks for your support!!!