Well guys, do you play Mobile Legends too? We all know that we all have a craze for mobile games as these games are well developed these days. Not only the top trending PUBG Mobile but also the Moonton’s Mobile Legends Bang Bang has a good demand among mobile game players. Mobile Legends are also doing tournaments throughout the world and it is getting very good popularity too. 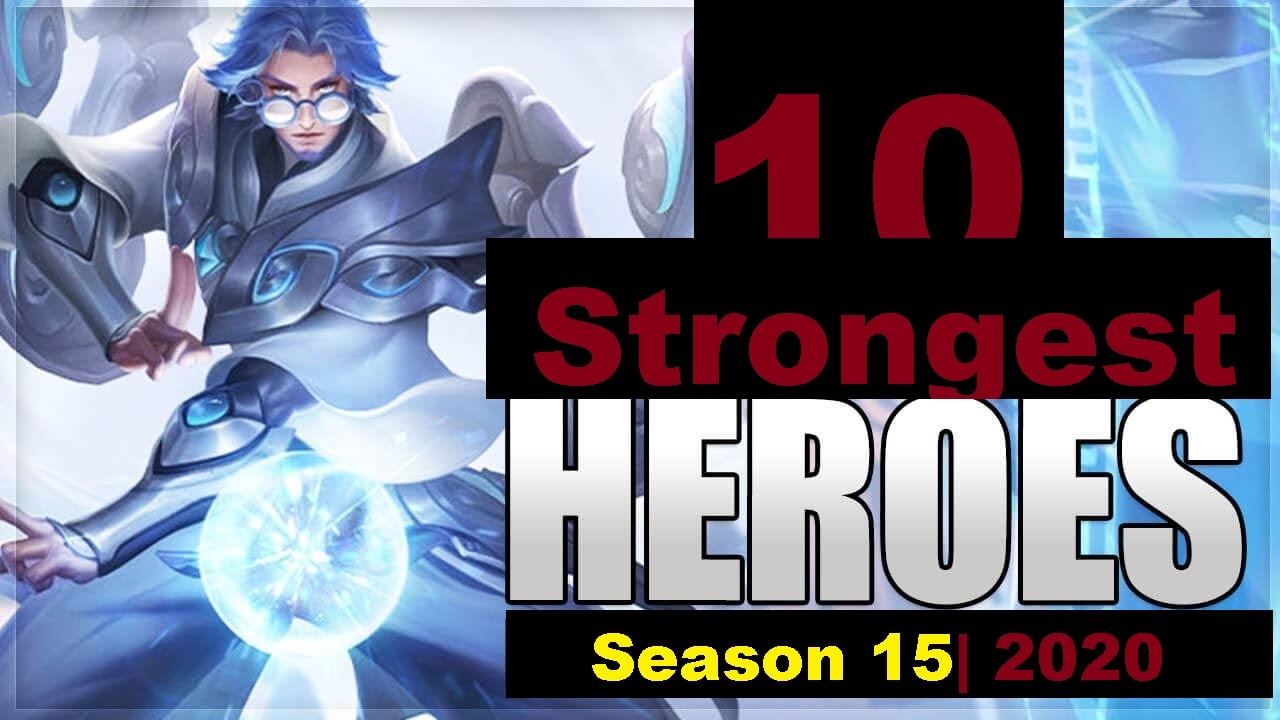 Basically, Mobile Legends is an arcade game where players got to choose their heroes or legends to go in a war. Players fight each other on the battlefield with their heroes. The heroes are the main parts of the game. So, if you have an upgraded, and strong version of a hero then you have the upper hand in the game.
However, the game offers many different heroes from different categories. They also have added several new heroes in this new season. Today I am here to help those newbies to choose their heroes for their games. In this article, I am going to tell you about the strongest heroes of Mobile Legends Bang Bang. Check these 10 strongest heroes of MLBB season 15.

Yes, of course, Season 15 is going on and Moonton has added several new heroes in Mobile Legends: Bang Bang. I have added the full patch notes in detail in another article, if you want to know more about season 15 update details then click here.

Wanwan’s crazy mobility for a marksman gave her the 10th place in my Top 10 list of Mobile Legends: Bang Bang Season 15. Wanwan is very difficult to chase since she can just hop and hop to escape while fighting is going on. Her second skill is also a free purify, which is handy for more escaping capability.

Wanwan’s ultimate is a little difficult to activate but after all, it is a game so it also depends on practice. This is an awesome skill because she becomes overpowered on the entire duration of it. Wanwan has quite low damage.

Grock has always been a great Tank in the Mobile Legends game. Good players can use it very well with many advantages. Grock is very durable with his passive. His 1st skill was being used to clear waves or fight an enemy in the jungle in early games.

Casting his first skill while near a wall turret makes him immune to any CC. It is also useful to face-checking enemy bushes to give his teams the vision on enemy positions. Although Grock has nerfed several times already. He is still one of the best Tanks is Meta.

Gusion is an assassin who can easily snowball once he gets his ultimate. He is vulnerable until level 3 but he can start securing kills easily once he is level 4. This is because of his daggers. His combos are maybe a little tricky at first but it can be master easily by practicing. 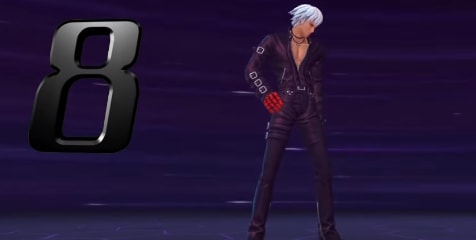 The goal when using snowball by securing kills as early as possible. When he is successful in doing it, the win is more likely to be secured as well. However, if he is denied an early game or when the enemy team has a lot of CC to Counter him, Gusion will have a hard time carrying teammates.

Chou is great because of his versatility. He is known for his best played as an offlaner, but you can also use him as a Tank. Chou is a great charger too because of his mobility he gets from his 1st and 2nd skill. 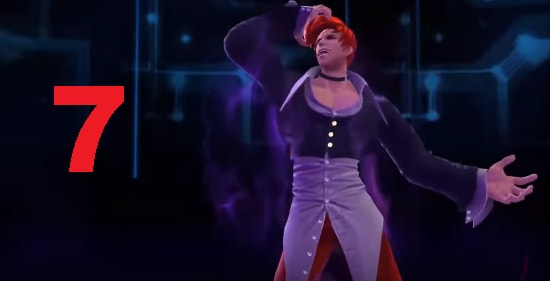 Chous’s second skill makes him immune to the CC effect during the dash. He is also very good at Crowd Control. His 1st skill can knock an enemy in 3 attacks and his ult can knock back a single target. These two are his major skills when it comes to secure kills. Chou can also slow down an enemy using his passive skill.

Khufra specializes in crowd control and initiation. He is arguably the best tank in season 15 because of his set of skills. His first skill is one of the longest blink skills and it can knock up enemies directly after hitting with it. The range of this skill is so long that an enemy gets a total surprise after the attack.

Lunox has always been an awesome hero in Mobile Legends bang bang. It is quite surprising that most players don’t use this one because they can’t understand it’s potentials. She is arguably the strongest hero who doesn’t get banned almost all the time. A Lunox user can understand that a team can be carried with her.

Once she gets to Level 4, she can use her magic ult to spam her second skill to secure skills. Even tanks can look like a paper to Lunox especially in an early game. If she is able to snowball, she can just keep on locating enemies to kill all of them, and let her teammates focus on targeting the turrets. She is also the most durable one than all the mages because of her light form. Also, she can avoid getting killed with the help of her light ult.

X Borg earned the 4th spot because of his durability and damage. He specializes in regen and burst. X.Borg is durable because of his passive which gives him armor and ability to regen his HP and armor. This skill can be even enhanced with the help of spell vamp items like bloodlust and Axe.

X.Borg can be very annoying to fight with because he can bully his enemies by spamming his 1st skill. He can give a true amount of damage to hot enemies with his first skill and ult. In a team fight, his advantage can be destructive because of its insane true damage. He also has an escape skill which becomes handy to dodge enemy attacks during a fight.

Esmeralda is a marge/tank type who can deal with physical and magic damage at the same time while ignoring the enemy’s shield and using it by her favor by absorbing it. She is very amazing, isn’t she? She is also very good to carry other teammates alongside. Esmeralda can easily snowball because of her damage and durability.

Esmeralda can also rotate first because of the speed boost of her first skill which can also be handy to respond fast to a teammate’s fight. One way to counter her is having a lot of CC and slow effects to buy time to burst her when she is unable to move. It is not guaranteed though especially when she is well fed because she can fearlessly face all 5 enemies alone.

One of the Newly released heroes is one of the awsome heroes too which is Ling. Ling specializes in burst and reap which of course indicates that he has an insane level of damage. His most unique thing is he can climb up walls which can be used to rotate around the entire map faster or gank. It also becomes handy to escape an enemy. 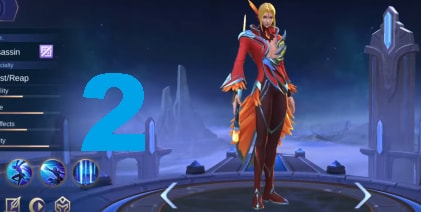 Ling’s camouflage state while on a wall can really annoy an enemy. However, he can be damaged through AoE skills and CC will cause him to fall to the ground. Other than this, he has some really balanced abilities that make him almost immune to take damage and CC when used, on top of the burst damage. He seems to be a better version of fanny.

Of course, Harith deserves the first spot in Mobile Legends Bang Bang’s top strongest heroes because of his high damage potentials and mobility. Like 2 other mages in this list. Harith can also carry a teammate without having any problems. With his 2nd skill and ult, he can be very scary.

With his ult, he can start spamming his second skill to deal some damage while generating a shield for his protection. His passive reduces the time Harith is controlled by CC skills up to 45%. With this, it can be more difficult for him to be countered by CC. But just like Esmeralda, a lot of CC skills and burst damage can counter Herith. Once he is able to snowball, he will be unstoppable. If your enemy team picks Herith then just prepare yourself to lose the game if you are not focused on denying him early in the game.
Words: I believe it is important to know the strongest meta heroes to know which hero can give you the advantage even before the match or to know who to ban. Tho, I never said that don’t use other heroes because there are 80 more heroes who can also be great in their own ways. For you which are the top 10 heroes in Mobile Legends Bang Bang? Let us know in the comment section below. We will feature them.

I hope you like this article, and please share it with your friends to let them learn too.