Skip to content
Not only PUBG Mobile but also the Free Fire game has a huge demand in India. Free Fire is also a battle royale game like PUBG and it is better because it’s a lightweight feature. Those who don’t want to play a heavy game on their mobile phone still can enjoy a lightweight alternative game like Free Fire. Developed and published by Garena, this game has more than 600 million downloads. However, today’s topic is to reveal a trick. Whether it is genuine or fake, this trick is going really viral on the Internet.

Let me tell you that this trick is totally FAKE, and today in this article I am going to reveal the fake secret and give a total explanation about why we can not play the Garena Free Fire game on Jio Phone. 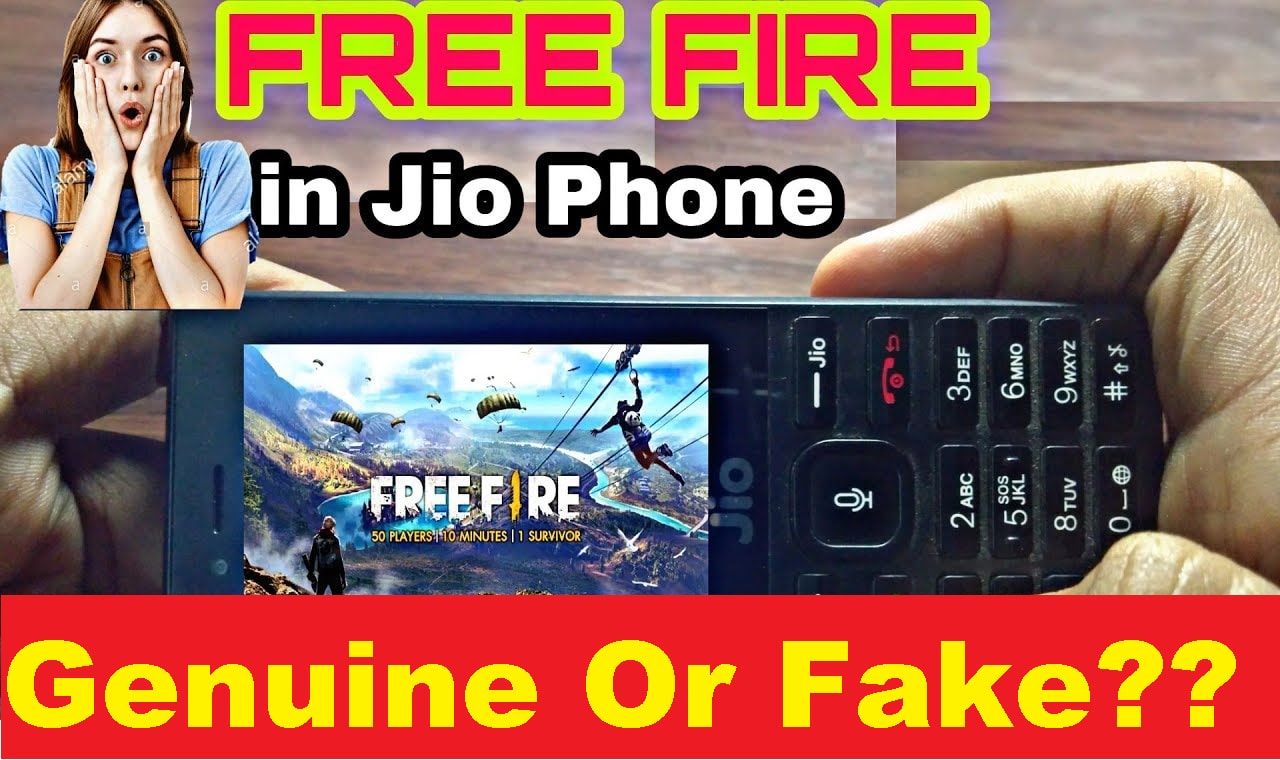 As you can see in this video, this guy is explaining how an android game can be played on Jio’s phone which is a fake trick. You can see the video is not showing the installation process. The guy actually showing gameplay of Free Fire Mobile game in his Jio 4G phone.
Garena Free Fire: An FPS(first-person shooter) game made for android mobile devices. Garena Free Fire is a PUBG Mobile alternative game. This game can be played in low-end phones because this game only consumes 500-600 MB of storage in your android device. Free Fire game needs only 1 GB RAM and 4 GB internal storage is enough. However, the device must be an Android operated device. This means if your device doesn’t have an android processor then you won’t be able to play Free Fire game on your mobile device.
Jio Phone: Let you all know that the first version of Jio Phone doesn’t work on Android. This keyboard functioned phone runs on a developed version of Firefox OS which is called KaiOS. Jio Phone has a RAM of 512 MB and 4GB of internal storage. The phone is capable of Volte and it is an amazing internet communicative device but this phone doesn’t run the Android platform. So, Garena Free Fire can not be played on this first version of Jio Phone.

Final Words: Here was the complete analysis by Games’ Info to make you understand the Garena Free Fire game is not supportable on the first or second version of the Jio Phones. Although you can play the game on the Jio Phone 3.

I hope you liked this article, please share with your friends to let them know too. Thanks!!!
Also Read: Garena Free Fire’s new Character Alvaro Details, Specialities, Uses| Buy Alvaro
How to play Free Fire Game on PC with GameLoop(TGB) Emulator| 2020