Skip to content
PUBG Mobile, the world’s most popular game has become deadly to the players. Recently a 20-year-old boy died while playing PUBG Mobile game. A game that is helping the game lovers to grow is also causing people to death. But is it really PUBG Mobile responsible for this? People can be reckless in such a situation, their recklessness can cause to their death. This news is from News18 which is a valid source. So, let’s know what happened which cause the boy to his death. 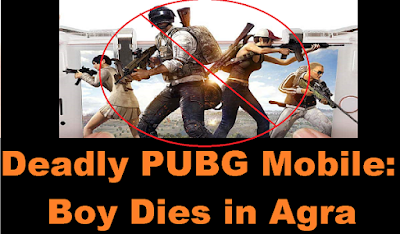 PUBG Mobile is not quite responsible for this incident if you ask me. The 20-year-old boy named Saurabh Yadav was playing PUBG mobile on a train. Saurabh Yadav was travelling to Agra along with his friend Santosh. Santosh says he is a Jewelry dealer, and they were going to Agra for some business purposes.
According to the Agra Cantonment Government Railway Police (GRP), they found the boy died as soon as the train reached the station in Agra. His friend Saurabh Yadav was also with him, and both of them were sharing the same bag. The bag contained two different bottles one of them was a water bottle, and the other one was a chemical bottle which was a working material of Santosh.
Santosh also explained how he uses his chemical to clean jewelry. While both of them were travelling, friend Yadav was busy playing the PUBG game on his mobile. In the meantime, he becomes thirsty and searches the bag for the water bottle. He mistakenly takes the chemical bottle and drinks it. Yadav becomes ill. Santosh couldn’t go to the hospital because they were on the train. Yadav’s state quickly became worse, and he died near Morena(between Agra and Gwalior) before the train arrives at the Agra station.
After that, the railway police handled the situation. Officer says, “The postmodern report will be checked for better clarity”.
Also Read: PUBG Mobile Web Series Dosti ka Naya Maidan
Biggest PUBG Mobile Tournament worth $5 Million Prize Pool| Esports 2020
See also  PUBG Mobile Banned in India? Ban List of All 59 Chinese App