Skip to content
As we all know that Mobile gaming is going on trend recently. Most of the PC games are now also coming to mobile platforms. Yes, the most famous PUBG Mobile is now ruling the gaming world and it seems all the other Battle Royale games are showing their interest in mobile games too. I am talking about  PUBG PC competitor game Apex legends. Apex Legends is a very famous battle royale game available on PC and console. But recently, it was revealed that A Chinese company is helping the Apex Legends team for developing the mobile version of Apex Legends which will be available soon on the Android and iOS platforms. 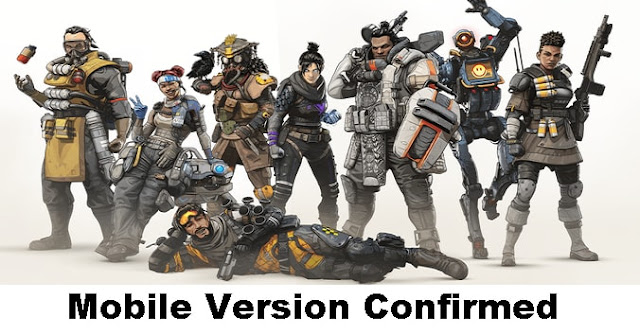 Apex Legends: Apex Legends is a free to play battle royale game released on 4th February 2019. The game is available for both the PC and consoles and now the developer Respawn Entertainment is all settled to bring the game to the mobile platforms too. Apex legend is almost like Fortnite and it became so famous right after it’s release.

Recently, the developer of Apex Legends has confirmed that a mobile version of the game is still under development and it will soon be available on Android and iOS. The EA has made a partnership with a Chinese company for this project especially. The CFO of EA games says, ” Rolling mobile out in China, you need to have a partner, and we’ re—as we’ve said in the prepared remarks today—we’re working with a partner there, and we’re very excited about the opportunity. That partner is also helping us develop a mobile Apex for the globe—more to come on that in terms of timing”.
Last year, EA talked about the Nintendo Switch version of the game will also arrive but recently, EA made a clear statement to bring the battle royale game to the mobile platforms. They have also uploaded a futuristic trailer of Apex Legends Mobile but no confirmed release date to be found yet.
Reports by SIMPLYAMAZING YouTube channel says that the Apex Legends is working with a Chinese partner to develop a mobile version of the game for the glob. This company might be the famous PUBG Mobile developer Tencent games. The game is expected to come at the beginning of the year 2021.
Confirmed: Apex Legends Mobile version coming on Android and iOS soon. As we all know that the Apex Legends is a very famous battle royale game and it is coming on Mobile. Mobile game lovers are very excited about the game as the trailer is also getting a lot of positive responses. After such amazing responses, EA might bring the game sooner than expected. So, stay tuned and bookmark our page to stay updated.

Please share it with your friends and thanks for your visit.